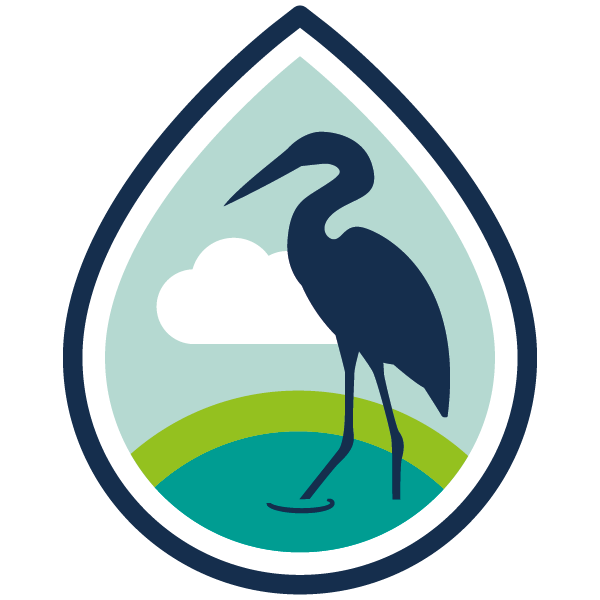 Developed in collaboration between the U.S. Geological Survey and the National Park Service, the Everglades Forecasting application (EverForecast) helps decision makers identify management actions that balance the hydrologic needs of multiple species across the Everglades. EverForecast provides 6-month forecasts of daily projected, spatially continuous water stage values across the region. It then runs these forecasts through a suite of ecological models (for example, species and habitat suitability models) and illustrates potential tradeoffs. All output is summarized by ecophysiological subregion, the boundaries of which were determined in collaboration with natural resource managers. Scientists and natural resource managers can use these forecasts to plan for near-term environmental change and make decisions according to their management priorities.

Next, EverForecast generates 150 stochastic simulations, representing a range of possible future conditions, by combining the central tendency with historical water stage trends from the past 20 years. EverForecast defaults to using EDEN hydrology because it represents the historical distribution, but the model code contains the flexibility to use other hydrologic scenarios, such as South Florida Water Management District’s Regional Simulation Model, which allows users to evaluate alternatives in water management operations.

To integrate with ecological models, we subtract the EDEN digital elevation model (DEM) from the simulations of water stage to calculate water depth. Using quantiles, the simulations are categorized into high (upper 40%), median (± 10%), and low (lower 40%) depth categories relative to the full forecast.

EverForecast offers managers the tools to examine optimal allocations of water across managed subregions in the Everglades by considering multiple species with conflicting needs and adds a unique way to support and improve current multispecies management efforts. By examining the modeled species responses to hydrologic scenarios, decision makers can explicitly see where and when tradeoffs occur and can balance wetland-dependent species’ hydrologic needs across the natural landscape. Ecological models have traditionally been used in restoration for evaluating alternative future scenarios, and the use of near-term forecasting helps decision makers manage the transition from current conditions to future alternatives. Finally, in light of growing concern over the frequency and severity of episodic weather events, near-term forecasts of hydrologic conditions paired with integrated evaluation of ecological responses can guide real-time decision making to maintain ecological integrity in restoration planning.

Species models are run and displayed at different times of the year, according to model use. For example, EverSparrow outputs are shown during the Cape Sable Seaside Sparrow nesting season, March–August. Therefore, when we run EverForecast hydrologic forecasts through EverSparrow in November, we only show model output for the last two months of the forecast, March and April. The below figure shows when each species model output is shown.

The American alligator (Alligator mississippiensis) is a keystone species within the Everglades marsh ecosystem, acting as predator and prey and structuring plant communities (Brandt and Mazzotti 2000). Alligators are dependent on spatial and temporal patterns of water fluctuations that affect courtship and mating, nesting, and habitat use. Water management practices and other anthropogenic changes to the Everglades region have affected alligators, which historically were abundant in peripheral marshes of the Everglades (Craighead 1968) and are now most abundant in central sloughs (Kushlan 1990). The alligator habitat suitability index (HSI; Shinde et al. 2014) estimates habitat suitability annually for five components of alligator production: (1) land cover suitability, (2) breeding potential (female growth and survival from April 16 of the previous year–April 15 of the current year), (3) courtship and mating (April 16–May 31), (4) nest building (June 15–July 15), and (5) egg incubation (nest flooding from July 01–September 15) and calculates HSI from a geometric mean of the above five components.

For forecasts that do not extend through the full egg incubation period, EverForecast calculates and displays the geometric mean of the available metrics. EverForecast does not provide biweekly outcomes the alligator HSI because it provides output on an annual time step.

Craighead, F.C, 1968. The role of the alligator in shaping plant communities and maintaining wildlife in the southern Everglades. Florida Naturalist. 41:2–7, 69–74, 94.

This model was developed by Drs. Phil Darby (University of West Florida), Don DeAngelis (USGS), and Stephanie Romañach (USGS), and describes the dynamics of the apple snail (Pomacea paludosa) population as a function of hydrology and temperature. The numbers and size distribution of snails are simulated and can be calculated for any day of a year with input data. Adult snails during a given year are a product of egg production, and thus environmental conditions, from the previous year. We use the model output of adult snail population totals to calculate the density per meter squared.

The prey-based freshwater fish density model was developed by Joel Trexler at Florida International University. The model estimates densities of small-sized freshwater fish (defined as less than eight centimeters adult standard length), primarily livebearers (poeciliids) and killifishes (cyprinodontids and fundulids). High densities of these fish characterized the pre-drainage Everglades ecosystem, and thus maximizing densities is an objective of restoration. Because prey fish dominate the prey community in both biomass and abundance, they are an important energy source for higher-trophic levels, such as wading birds, alligators, and larger fish. Estimations of prey fish can be used as a general measure of trophic conditions within the Everglades.

The small fish model provides outputs at individual point locations, unlike the other species models which provide spatial surfaces on a 400 x 400 meter grid. EverForecast summarizes across the small fish point locations to calculate the results at the subregional level.

EverSparrow is a spatially-explicit Bayesian model of the Cape Sable Seaside Sparrow (CSSS; Ammospiza maritima mirabilis) and the only existing model that quantifies the interdependent relationships between a range of environmental factors and CSSS presence. Using hydrologic conditions such as mean 4-year hydroperiod and maximum depth, fire occurrence history, and vegetation structure throughout the range of CSSS, EverSparrow provides weekly probabilities of CSSS presence. In EverForecast, fire history is not included in the model forecasts due to limitation in data availability.

EverForecast does not provide biweekly outcomes for the EverWaders model or Alligator Habitat Suitability Index because they provide output on an annual time step.

The small fish model provides outputs at individual point locations, unlike the other species models which provide spatial surfaces on a 400 x 400 meter grid. EverForecast summarizes across the small fish point locations to calculate the results at the subregional level.

EverForecast outputs for the Big Cypress Spur and Big Cypress Swamp subregions are calculated using portions of the total area because the EDEN DEM does not cover the full extent of these regions.